Pakistan has witnessed an increase in HIV/AIDS cases at an alarming rate as 9,600 adults and children lost their lives in 2021.

Pakistan is one of the countries in the world where HIV/AIDS cases are increasing at an alarming rate and there has been an 84 per cent increase in the number of infection and disease cases in the country in a decade (2010-2020).

This was stated at a press conference at the Karachi Press Club in connection with World HIV/AIDS Day on Wednesday.

The data shared during the event showed Karachi has the highest number of people living with HIV followed by Faisalabad and Lahore as the country sees a rise in both new cases and prevalence (total number of cases at a given time), according to Dawn News.

“In India, like several other countries, new HIV / AIDS cases have declined by 37 per cent between 2010 and 2019. This has happened by using proven HIV prevention strategies,” Dr Sharaf Ali Shah representing the Bridge Consultants Foundation said.

Last year, he said, an estimated 9,600 adults and children died of the disease while 25,000 new cases were reported.

The experts regretted that the government hadn’t taken any effective steps in Ratedero, which saw an HIV outbreak, mostly among children, in 2019.

Not only the taluka continued to report new cases, the epidemic had spread to other adjacent areas including Ghari Yasin, Shikarpur, Sujawal, Qamber Shahdatkot and Ghari Khero in district Jacobabad. 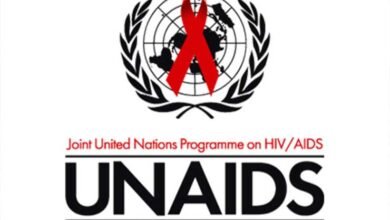 AIDS is Spreading Rapidly in Pakistan, a Terrible Revelation of The International Organization