QUETTA: Police arrested the suspected murderer of three brothers – the sons of renowned orthopaedic physician Dr Nasir Achakzai – who turned out to be one of the brothers of the slain siblings.

Police said that the murderer confessed to killing his siblings in the Quetta car firing incident.

According to a press release, “On 26-09-2022 between 11:00 and 11:30 a.m., a shocking incident took place in Quetta city in which the car of the sons of Dr. Nasir Achakzai was fired upon, which was reported by the District Police.”

“At the time of the incident, five persons were present in the vehicle (1) Syedal Khan, (2) Zarian Khan, (3) Qais Khan, (4) Zaring Khan, son of Dr. Nasir Achakzai and (5) Isfand Wold. Jamaluddin Qum Achakzai Sukna Chaman (housekeeper Dr. Nasir Achakzai) was on his way back home after attending a wedding, when on the way unknown accused opened fire on the vehicle.

It added, “The occupants of the vehicle (1) Syedal Khan, (2) Zarian Khan and (3) Zarang Khan killed the sons of Dr Nasir Achakzai in which Asfand son of Jamaluddin was injured and Qais Khan son of Dr Nasir miraculously survived.”

“The police and CIA Quetta reached the spot and started their investigation and during the investigation they came across a heart-wrenching thing, on which the two persons who survived were interrogated.”

“Achakzai Sakna Joint Road Quetta admitted that he used to have frequent fights with his brothers and was very fed up with them interrupting him on things he didn’t like and his He also had property in his heart.”

“On the day of the incident, he took the mast of his cousin lying at home with him and while returning from the wedding, fired and killed his three brothers.”

“And the accused Qais Khan had also killed the employee Isfand who was in the car according to his understanding, but after being injured, Isfand was lying down with his eyes closed and when he heard the noise of the people, he got out of the car and came out.”

“Accused Qais Khan quickly sat in another car and left for the hospital. On the way, accused Qais Khan used to threaten the employee Isfand and threatened him that if he told anything to anyone, he would kill him too. An unused pistol was recovered from the accused.” 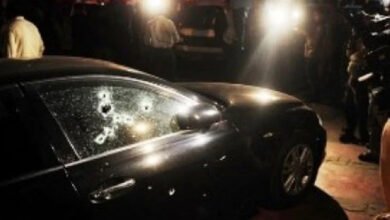